A Real Dead Ringer for Gerry.

After the afternoon started with a major discussion as to what the Deddington youth policy was regarding wicketkeeping ( the options combined ages were over 110 years), Rammy won the toss and inserted Uffington on a boiling hot day on the now traditional excellent Deddington batting track.

Again thanks to all in preparation.

Rob Preston bowled superbly at the beginning but possibly swinging the ball too much for the Uffington batsmen.

However a combination of Jimmy Mcphee’s inspired bowling ( especially the slower ball) and Manny and Rammy’s spin, kept the visitors down to a managable 145 all out.

Suddenly Harry’s advice to bowl first didn’t seem like the equivalent of the Brexit vote (apologies re the political note).

The decision for Hugh not to keep, and spend the afternoon chuckling at Webby’s attempt to keep, proved correct as he anchored the innings as opener, while admiring with us a sublime batting display by debutant Gerry.

It was one of those effortless batting masterclasses that is very rare to see, and a pleasure to watch (to the point where the Uffington skipper was convinced Gerry was a ringer). 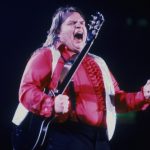 Manny then ruined any century celebrations, by literally running in ahead of Rammy to blast the final runs.

Excellent day and what a wicket