Kennington won the toss and elected to bat first on a very damp track.  The ten cricketers representing Deddington made a bright start, watched by former colleague Jimmy McPhee who has been exiled to the first team – clearly itching to be involved today. 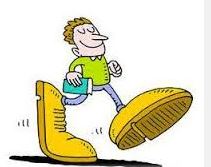 Trundling in from the Hempton Road end,  the mightily shod Adam Moody sent down 12 consecutive overs tighter that the proverbial ducks backside – conceding just 16 runs and claiming 2 victims in the process.  The fact that one of his victims was his brother-in-law was quite pleasing for him, especially so in that the manner of his dismissal was to have his furniture comprehensively re-arranged when playing all around a straight one.

From the other end, Simon Oldfield’s spell was almost as economical, his figures of 3-21 including a couple of catches from Niall Murphy, and a sharp return catch that only Simon could snaffle, the ball being about 14 feet up when it was caught.

Credit to Kennington for keeping wickets in hand, at 45-5 at halfway,  Kate Corbett and Georgia Adams continued to keep a tight line and were unlucky to share just one wicket between them whilst still keeping the scoring rate to just over 2 runs per over.  Skipper Ash then threw down three overs from the top end and despite looking threatening, gave himself a blow and brought on the declaration bowler Joe Roberts for the final two.  There’s no truth in the rumour that Joe had bought his spell because his pop was watching,  but he may have paid a couple of the opposition into throwing their wickets away – finishing with an unlikely 2-8 after some very rash shots from the visitors!

The final total of 104-8 from their full quota was a great effort from the visitors on the slowest and dampest of tracks offering the batsman very little.

The reply began in the only way Deddington know – to play their shots.  However, this approach was a little foolhardy given the conditions.  In no time we were 40-6 with only Steve Welch even considering the forward defensive as an option, and Niall and Joe looking like we’d just appointed Darryl Strawberry as our new batting coach.

A brief downpour resulted in several lost overs and a revised target of 100.  This looked to be a long way off, especially when after comedy moment of the day; Mike Wheeler  catching the ball between his thighs and waddling down the wicket with it stuck there whilst the umpire showed him the finger.  With the game virtually gone, Adam Mad-Eye Moody strolled out to the wicket and inside 4 overs our last pair had reduced the arrears to just 10 with some clean hitting, including six of the finest biffed over square leg.  With the crowd just getting excited and sensing victory, Georgia was undone by a Yorker clattering into her stumps, and as we were a man shy, that was that.

Credit to all who took part on a soggy day for a good game played in the right spirit!