Here…. take the drivers seat, we didn’t want it anyway!!! 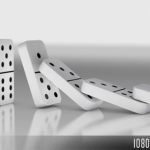 Here…. take the drivers seat, we didn’t want it anyway!!!

Deddington 1sts arrived at Watlington one short of a full compliment and 8 red kites circling the wicket, was this to be a sign? Rammy won the toss and elected to bat on what looked to be a good wicket and Rich and Gerry made a good start for the visitors with Rich in particular being extremely harsh on anything loose before he was dismissed for an extremely tidy 38. Luke “high hands” Jones did his best impression of Jonny Bairstow using his full arc swing in unleashing a delicious array of front foot drives both lofted and along the deck to put Deddington in the drivers seat before he was bowled by a beauty from Garimella for 29. With Deddington on just over 115-3 when Gerry the anchor was dismissed at the half way mark, talk of a Moby Dick score was all the chatter in the club house, and with the opposition on the floor with a Deddington shaped foot on it’s throat what did Deddington do??? This is what they did …. folded like a pool side of sun loungers and preceded to lose the remainder of the team (7 wickets) for 2 runs, going into tea posting an underwhelming 120. Moss for Watlington snaffled 6 wickets and Macguire and Garimella also bowled good line and length spells which were instrumental in the “sublime to ridiculous” course of events, in a spell that included 10 successive maiden overs.

After a fantastic tea Deddington straight away put pressure on Watlington and had them 4 down for under 50 and things were looking good for the horse and ox men. But alas Nick and Chris Little 24 and 36 respectively composed proceedings for Watlington and after 1 more wicket Watlington comfortably crossed the line to condemn Deddington to yet another 1st round cup exit. Typically Rammy and Luke were menacing with ball in hand but with too few runs the bowlers couldn’t perform the miracle needed in defending 120.  Even Gerry “Golden Ribbed” Duncan’s two overs of flight, guile and ripping turn were not enough to dislodge the Little pair once they were set.

With the post Mortem being mulled over in the club house with lager in hands Deddington left with all enjoying the day which was in no small part due to our hospitable hosts who were nothing short of gentlemen throughout. We wish Watlington all the best for the rest of their season and thank them for a hard fought match and lovely match tea. Mention must also go to the umpires who should be very pleased for a good days work and added their high judicial quality to a memorable match, especially after they apologised to Rammy for adjudging him to be trapped leg before despite him absolutely middling it!