New season’s opener, and it’s like we’d never been away!

For our first league game of the year we rocked up with 10 Deddingtonians and thanks to the OCA player pool a Wolvercotian, Chris Potter – and mighty glad we were to have him too.

Skipper Rammy won the toss and elected to bat first, on an overcast but dry day, with a rock hard pitch seldom seen in late April.  Openers Rich and Hugh saw off the first 4 overs before Hugh inexplicably “did a Duncan”, or in other words shouldered arms to a straight one that dislodged his off bail.  Lewis,  Manny and then George all came and went quickly with some hasty shots to a very slow left arm spinner, then when Rich holed out to mid-on for 18 with the score 32-5 we were rocking more than big Vlad in the 11th having taken a few big shots straight on the old biscuit tin…

Rammy and our guest for the day Chris then set about our recovery, slowly but surely they built a partnership of 50 with some diligent defending and then expanding a little until both fell for mid-twenties in a short space of time, both top edging full bungers, Shadders and Dave Victor also perished quickly before Rob Preston chinese cut his way to double figures, and the team to three figures before Simon holed out to leave us all done for 102.

A great tea served with a smile preceded Act II, but judging by the way we moved in the field we may have over indulged on the cheese board (yes really) just a little – although no-one else got a look in on the sausage rolls as our scorer got there first and cleaned up.

Opening up from the Pavilion end Rob Preston charged in down the hill, and his consistenly good line and away seam was soon rewarded with the opener snicking one to Rich at first slip who took a blinder at just off his shoelaces. 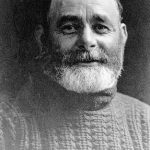 When two overs later their danger man and skipper lofted one to mid wicket where it was well taken by Lewis (incidentally sporting a chunky knit cream roll-neck sweater and looking like an extra from Trawlermen), we were well in the game.  After a few sharp blows taking the score to nearly 40, Manny came on from the bottom end and immediately had the home side’s no.3 caught behind.

Unfortunately this was as good as it got for us, with Rob tiring, Manny, Rammy, Chris, Dave Victor and Simon all tried but could not exert any pressure as Smith and Harris calmly knocked off the runs, reaching the target with no further losses after just 30 overs.  Just as we finished the sun broke through and finally the ridiculous attire of one of our fielders was cast aside

We’re left looking forward to welcoming back a few more regulars at the Windmill next week, but all be warned – fines are being mooted for non-regulation club kit to prevent us further embarrassing ourselves!

Man of the Match:  Rich – positive innings including a maximum

Dunce of the Day – Rich, for leaving his bat behind – although Lewis’s jumper was a very close second