Sunshine and showers, laughter and tears 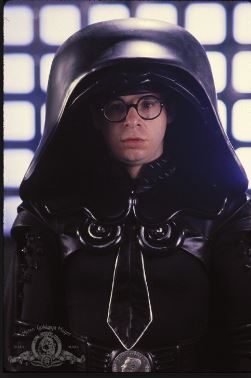 This could be the summary of the 2016 season so far, not just this game, but once more the weather had a say in this game, played in great spirit between the division leaders and a Deddington side that was predominantly made up of second team players and was adroitly led by Dave Barnhill, who did not let concerns over the impact of Brexit (or his uncanny resemblance to the mastermind behind the vote) on his French property portfolio cloud his finely honed captain’s judgement .

Predictions of showers to come made the umpires reduce the game to a 30 overs match before the start and, on-cue, the first sharp shower arrived bang-on 1.30, delaying the start by 40 minutes.

Swinbrook rode their luck in the opening overs, looking to push-on and could have lost several wickets, but instead found gaps in the field with more luck than judgement.  The runs were coming quite fast until George Welsh and Simon Oldfield applied the breaks, with George in particular producing a fine spell of controlled bowling finishing with one for thirteen off his 6 overs.  The ball kept following Robert How, one of the more dynamic fielders for Deddington, around all innings and unfortunately, for him and Simon (I am sure at least one of those deliveries spun) Oldfield, more were spilled than taken.

In the end, after another rain break, Deddington did well to keep Swinbrook down to a total of 145 on a true, but slow wicket.

Deddington’s innings got off to the worst possible start loosing both openers for ducks and despite recovery through Rob How, Steve Welsh, Joe Roberts and Dave Victor, we were always behind the run-rate and fell short of the target, losing our last wicket in the final over.

There were two incidents of of comic note.  In the final over of the Swinbrook innings, the batsman at the bowling end loudly challenged his partner why he did not go for a quick single; “because I have been given out LBW” was the plaintive reply! And towards the end of the Deddington innings, first Dave Victor pulled a calf muscle resulting in him hobbling fast-shuffling singles, only for Joe Roberts to suffer the same fate two overs later.  So for a while, we had two hobbling batsmen.  As usually happens, the introduction of a ‘runner’ quickly ended the partnership.

So not a win, but a game played in good spirit.

Man of the match: Dave Victor

Jedi moment: Rob How for a fantastic boundary-edge stop and throw

Dunce of the day: Rob How for spelling 4 catches, all off Simon Oldfield.