You can’t beat a bit of Bully

Looking to bounce back quickly after the no-show at Freeland last week, DCC took on Eynsham on a grey and overcast day at the Windmill.  Skipper Dave V won the toss and invited the visitors to have first use of the pitch, which had been rolled and cut to near perfection before the lines were somewhat Jackson Pollocked by Barton Jnr, who we hope may be invited to bowl for us again sometime soon, but won’t be asked to mark the pitch beforehand!

Preston from the North End settled quickly into his opening spell, and Alex “Bully” Bull from the playground end helped maintain a very tight start. The visitors edging their way to 54-3 scoring barely more than 2 runs per over with both bowlers rattling the timbers before Rich held onto a sharp edge at first slip to remove the visiting skipper.  Barton Snr then replaced Bully from the playground end and the wickets continued to tumble. At 58-5 Eynsham looked to be in big trouble, Seb Gibson batting at 7 started very slowly, and was dropped very early on in his innings by home skipper Victor D,  but then built  partnership of 72 with Jake Smitten that turned the game – despite Smitten being run-out when attempting to steal a single that was alleged to be “against the spirit” by the visiting captain who marched onto the field to remonstrate with the umpire who stood firm with his original decision.  After extensive and somewhat “against the spirit” protestations, Deddington rescinded their appeal and Smitten was recalled to the wicket. 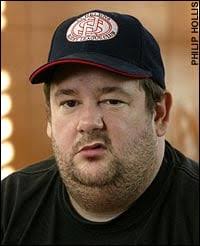 The run rate was then increased as the overs ticked on, Murphy giving Smitten another life at midwicket before he was snaffled by Rich at slip from the returning Bully, this time from the top end.  Gibson continued with the tail until the running became almost suicidal, Olly and Bully again contributed to 2 more run-outs and Barton Snr had another snicked into Olly’s teflons and Eynsham were done, 145 for 9 off their allotted 45.  DCC walked off for tea with the distinct feeling the visitors had got out of jail a little and should have been rolled for around 100.

After a quick refuel, Olly and Niall strode out to start the home team’s reply.  Olly was quickly striding back after the umpire gave the one and only LBW decision of the game.  Next up Jack who weighed anchor usefully whilst those around him came, got themselves in and then perished – the engine room all got to 15 but none made 20, Rich, Sam and Victor Victor all back in the hutch along with Will G and still needing 40 to win.  Once again Rob Barton played very sensibly while at the other end Alex used his long levers to pick couple of boundaries, with the score board still ticking over at 119-8 the tables were turning and the visitors were “bricking it” a little.

When Rob Barton finally fell, Rob Preston having agonised over how to finish the game went out to the middle but some good counting to six from Alex and bad fielding meant he sweated more as he didn’t face a ball for at least 3 overs.  More selective hitting from Alex kept DCC in the hunt and as the over count ticked round to 44 we were 10 runs short of victory, 9 short of a tie.  In the increasing gloom it was difficult to get the ball away and Alex decided to shut up shop and bat out the first draw seen at the Windmill for a long time.

Disappointing not to have finished the game off , but a moral victory and denying the visitors max points was a small consolation.

Thanks to Harry Scorer and Elliot for a long stint umpiring.

Man of the Match: Alex – 2 wickets and almost seeing us over the line with the bat

Dunce: Dave – dropped catch may have cost us dear.

This is Why I Love Cricket!

Deddington 2 v Shipton Under Wychwood 4 – 7th August 2021 I have played village cricket for over 50 years so nothing surprises me. Deddington 2 are 90 all out in 35.5 overs with only Read more…

Chesterton vs. Deddington 1’s, 24th July 2021 After a week of hot, sweaty and unrelenting sunshine we were due a welcome respite of inclement weather; and many expected Saturday to be a damp squib with Read more…