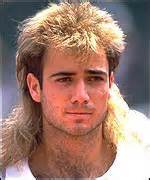 Another one slips through the net for Deddington I’s, in a season where they could perhaps have double the amounts of wins they currently do.

The battle for Saturday began much earlier in the week this time around, James’ tireless work being undone somewhat when Andre Agassi and his mullet arrived to cover the wrong wicket ahead of the downpour on Thursday night. Perhaps Andre wanted to relive his glory days and play on clay once again, the real reason however, we will never know. A group effort prepared the second track of the week Saturday morning, but even so, the elements had left an ‘Otter’s Pocket’ (© Ollie Redford) of a wicket for all to face at 1:30 that afternoon.

Deddington were made to face it first and had itnot been for a soldiering 41 from Mr 4000, they would have had very little to defend at all. As it was, Deddington somehow limped through the entire 45 overs to 117 for 8; Chris being supported by a hardy few, who refused to give their wicket away as easily as the rest.

After an innocuous first few overs to the second innings, Stuart Leece, a man undefeated with the bat in the previous innings, would also not be defeated when  holding the ball. With his first ever 6 wicket haul for Deddington, Mr Under-armer did so in impressive style, scalping three players in one over, almost in consecutive balls. His fine spell came to a close at the end of the 22nd over and Stanton Harcourt were an exceptionally nervy 40 for 6, soon to become a ‘shaking like Andre-without-his-mullet’, 50-odd for 8.

Already the headlines were reading: ‘Andre’s Upset of Wicket Allows Leece to Smash Home to Surprise Deddington Victory’. But alas, the cruel, celestial beings of cricket had other ideas. Not another wicket was to be taken for the rest of the game, however hard Stanton’s number 5 tried. Dropped catches, half-chances, lands-in-the-gap moments were rife as Stanton Harcourt edged ever closer to their goal. At least five attempts (Ollie made it 105) to get that all importantwicket came Deddington’s way, ones that could easily have been taken on another day. But none were had, and Stanton Harcourt reached their target of 118, still for 8.

Deddington I’s now look ahead to a must-win game at Dorchester next weekend and to fielding practice at nets on Tuesday.