2nd XI Secure Promotion to Div. 8 With Win Against Swinbrook!

Published by Richard Munro on September 11, 2016

It appeared throughout the week that the seconds would struggle to field a full team come Saturday as we were playing the last match of the season in the middle of September, the latest anyone can remember in a long time. However, in true Deddington spirit we put out eleven players who wanted to do battle for club & Ash our captain in order to win the game and secure promotion to Div 8…

After a rain delayed start we eventually got a game on at 3pm. Credit to the Umpires & Swinbrook for their patience and good humour. Ash won the toss and put Swinbrook into bat in the damp & dark conditions. It proved to be an inspired decision as Dave ‘Barney’ Barnhill took two wickets in his first over and was on for a hat-trick, which alas didn’t happen! 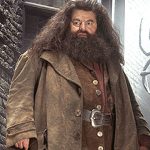 With Adam ‘Hagrid’ Moody shoring up the other end Swinbrook were being squeezed & put under huge pressure by controlled bowling and excellent fielding. After the next over Swinbrook lost another wicket and before they knew it, had lost three wickets for no runs.

Swinbrook opener Joe Parker & Ryan Dadge then steadied the ship for Swinbrook putting on a partnership of 35 before Ryan Dadge was bowled by Adam for 14 and Swinbrook’s No 6 batsman David Martin was trapped LBW shortly afterwards by Barney for 2.

With Swinbrook 5 wickets down, Ash changed the bowling attack. Simon Oldfield came on at the road end and bowled with great control and finished with figures of 1 for 10. At the other end young Rowan Moss (only 12 years old) took his first ever league wicket in his first ever league game. A fantastic performance from the young man who went on to dismiss the rest of the Swinbrook batting line up to finish with figures of 3 for 17 and Swinbrook posting a final score of 81 off 20.5 overs.

Deddington came out to bat needing 82 runs from 25 overs to win. The Deddington openers Dave ‘Where’s the milk’ Webb & Stuart ‘Mossy’ Moss came out to bat in difficult damp conditions with the ball swinging. Our run chase got off to a great start with Webby & Stu putting on a 28 run partnership. Then out of the blue we lost two quick wickets as both Stu Moss & Andy Cork were bowled by Josh Wingfield –Digby who was bowling quickly and accurately for Swinbrook.

Next to come in for Deddington at No 4 was Joe ‘Gilderoy Lockheart’ Roberts. Joe hit 24 not out and put together a solid partnership with Webby who ended on 33 not out. Overall a fantastic team performance which saw us home to victory and secured second place in the league, together with promotion to Div 8.