Nice Words Mate! II’s win and league history is made…. 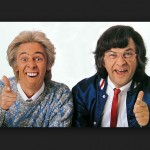 THE DAY OCA HISTORY WAS MADE – Thumbs up from Deddington CC on the new Player Pool!

On a bright and warm afternoon ten players from Deddington and one from Stonesfield arrived at Hook Norton hoping to make it 2 wins out of 2. Yes, I did say one player from Stonesfield. The club had taken advantage of the newly introduced “player pool” and Stewart Moss was given permission to become the first player in the OCA to be allowed to play for one team whilst being registered for another one.

Skipper for the day, Simon Oldfield, won the toss and very kindly invited the home team to bat first – always a man of impeccable manners our Simon.

Jimmy McPhee opened the bowling downhill from the pavilion end and Dave Barnhill trundled in from the other end. They both bowled tidy spells, giving little away and taking a wicket each. After 12 overs though, neither side would have felt on top as Hooky stood at 30 for 2. Time for Will Oldfield, son of skipper for the day Simon, to enter the fray and show that his five wicket haul on debut the week before was no “flash in the pan”. Bowling nicely flighted off spin he quickly sent back the dangerous looking opening bat, Andy Thomas, courtesy of a smart catch from Stewart “Deddy for the day” Moss. Niall and George also took smart catches very quickly afterwards and these 3 wickets at little cost truly did put us on top of the game. Hooky were now 40 for 5 and we were keen to not let them back in the game. Time for the talent that is George Welch to relieve the veteran Dave Barnhill and show him how to take wickets. 1st over – bang – bowled him ! 2nd over – bang – bowled him ! 3rd over – bang – bowled him ! 4th over – bang – bowled him ! Hook Norton now 70 for 9 and in all sorts of trouble. The last wicket pair were troublesome and batted with intelligence taking the score to 95 before Stewart Moss took his first, and probably only, wicket for DCC.  An all round fielding performance to be proud of and we were led off to tea by Will ( 3 for 18 ) and George ( 4 for 13 ).

It is fair to say that we sat down for tea, confident that we would win, but not complacent. We knew the opposition would not make it easy for us and that we would have to treat them and their bowling with respect. Just as the openers, Dave Webb and Niall Murphy, were thinking of getting their pads on the heavens opened and stayed open for about 45 minutes. We were worried that the weather would rob us of a chance of victory but the rain stopped, the ground dried and we were facing a revised target of 66 in 26 overs ( as opposed to 96 in 45 overs ). Dave and Niall walked out to bat, across a long and now wet outfield, knowing that boundary scoring would be tough and that patience would be key. They both settled down and steadily ticked along, dealing mainly in singles. 30 came off the first 12 overs without too many alarms.  As their confidence grew, so did the scoring rate and although they both survived a couple of hairy moments the next 8 overs saw another 36 runs added and a 10 wicket victory was sealed with 6 overs in hand. Niall ended up 28* and Webby 27*.

A really good win, 30 points, a new friend made in Stewart and a thoroughly enjoyable day. That is cricket……..

Man of the Match – George Welch for his bowling

Jedi – got to be the 4 that Niall hit off his pads towards the end of the game. Went through square leg like a tracer bullet

Dunce – cannot be awarded. Nobody put a foot wrong or said anything silly enough to warrant the award.