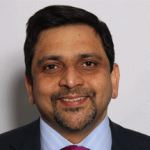 The Man, as simple as that. Few would argue that he is the finest player the club has ever had. Figures don’t always give a true reflection of a players worth, but in Rammy’s case they do :

Made his debut in 2002 and very soon it was clear that we had a match winner with both bat and ball. Rammy hits the ball hard and clean and can take a match away from the oppo in the blink of an eye. No team can be certain of victory if Rammy is still batting With the ball he bowls flat, briskish off breaks that he turns long way – in fact I swear he could turn it off a sheet of ice.

Rammy is massively liked and respected by team mates and opposition alike for the way he plays the game and conducts himself. Always a gentleman who plays the game in the right spirit and quite rightly expects others to do the same.

Always a handy man to have around on a cricket pitch as his medical skills have been tested on many an occasion.

Interesting footnote ( honestly ) is that his 100th run in his only 100 came of the bowling of his now DCC team mate Dave Barnhill ( Dave got him next ball !! )