Sam joined the club in 2014 showing up suitably attired to winter nets in shirt and tie in a bid to exhibit his high personal standards.  After impressing in the nets he was jettisoned into the 1st team and also made club secretary.  A product of the private school system Sam speaks immaculate “Queens English” and styles himself on Hugh Grant. As punishment for this misdemeanour  he has been barred from wearing tweed for the rest of the season. 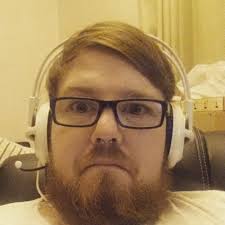 Sam opens the bowling and when he strikes a good line and length he takes plenty of wickets. Shadder’s looks good with the bat when given time in the middle, hitting the longest ball you’ve ever seen when he middles it. As the creator of the fantasy league, good availability and bright ginger beard Sam is a real asset to the club and is one of the fearsome foursome quickies who make up Deddington’s four pronged bowling attack (sometimes the prongs have corks on the end of them, but that is another story). The long ungangly limbs of Shadders are always there for a cuddle when someone bats or bowls well or more realistically doesn’t  but that loping run and cheesball smile certainly adds to the spirit of the club.