After Winning the toss , Rammy elected to field and with some very tight bowling from Rob and  Sam x2  opposition was struggling at 42 for 1 in 20 overs.

Dave Victor showed his class out swingers and Manny started taking wickets. ( Actually his first 5 wickets for this season – Not bad for a part timer Bowler (and even more part time match reporter – ed!) ) 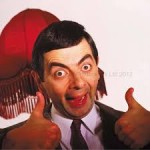 Rammy is now the  highest wicket taker for Deddington with 309 scalps, having been level with another club legend Mark Ryland since the end of last season! – We should soon give him a life time achievement award (  Jill hint to buy another trophy )

Unfortunately the team lost chasing 166 – Some good batting display by Daira , Neil, Ollie and Rob and rest could not pitch in enough . We lost by about 40 runs

Dunce of the day: Sam Shadbolt – Scoring with his bowling – Gave atleast 10 wides in his second over , It felt like 20 wides

Membership fees still not coming so please pitch in guys